I have had an update from Microsoft on this issue, apparently the wording is wrong.

n a document library under "Versioning Settings" you can choose to set the number of major and minor versions to retain. 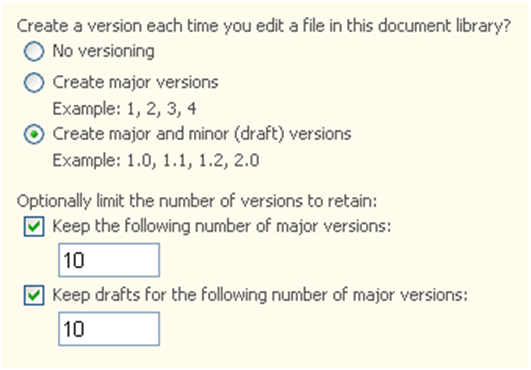 This does not work! You are still able to create more than the number of versions specified in both major and minor

I have spoken to Microsoft and they have confirmed this to be a "design limitation". Has anyone ever got someone at Microsoft to say "bug"?

I'll keep you updated if I get a fix for this.